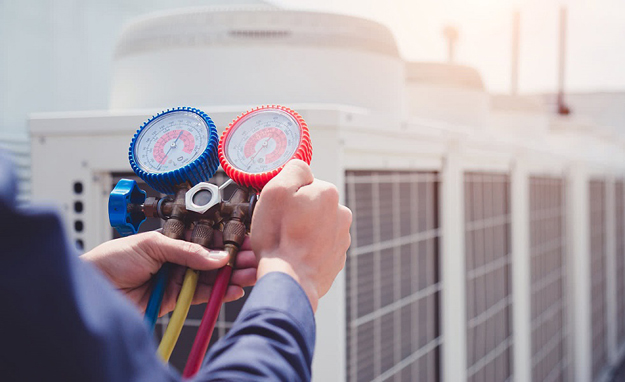 Due to the advancement of technology, there has been a huge improvement in the AC units. Previously, the R-22 system was used. As usual, it was part of old technology and the experts realized that it is affecting the ecological balance of nature.

That is why all the AC manufacturing companies have discontinued providing the R-22 systems in their AC. Instead of that, they have brought a new replacement. The replacement is accepted by the common people. There are also some other reasons regarding the discontinuation of R-22 systems. Read to know more:

R-410A is the replacement for R-22 in terms of the AC. They are very much different from each other. Previously, the R-22 was offered by some of the well-known AC brands. After 2010, it was discontinued. The R-22 contains HCFC (Hydro Chlorofuro carbons). When people used to turn on their AC machines, it released the hazardous substance into the atmosphere causing the depletion of the ozone layer.

Nowadays, most of the well-known AC brands deliver R-410A systems that are much more improved than that of the old R-22. One important aspect of R-410A is that it doesn’t contain HFC that will dis-balance the ozone layer. It is the new AC residential standard for most of the countries. The standard came into the picture in the year 2015.

There are various reasons why AC manufacturing companies have stopped providing the R-22 in their AC. Knowing these reasons will help you to understand the importance of upgrading the AC unit.

As the systems contain certain HFC in its cylinder, it was expensive. Along with that the cost of the other parts of the AC also comes along with it. So, it was very difficult for common people to afford an AC.

If you compare today’s AC with the previous one, then you can easily understand that the previous AC machines are bulkier than that of modern machines. So, if someone wanted to install an AC machine in their home, they had to pay an extra amount of money, along with the machine.

When an R-22 system faced any kind of problems, then people couldn’t get the spare parts or replacement within their reach. It was a much longer procedure, and they had to wait. Often, the owner had to suffer from the scorching heat and thus deteriorating the value of the machine.

The AC machines that contain R-22 cylinders were not at all energy efficient. That is why people had to give a lot of money in terms of electricity bills, which were not at all convenient. According to the reports, it was stated that when someone used to turn on their AC, sometimes the fluctuation of the electricity took place.

Are there any repairs for R-22 systems?

There is a thin possibility of getting the repair privileges and well as services for the R-22 systems. If there are electrical issues, then it can be repaired. Now, if you talk about the recharge of R-22 cylinders, then it might not be easily available for you. The supplies of these systems are decreasing fast as technology is getting obsolete. In order to save the cost, you must get rid of the old AC system and get the latest technology.

The Necessity of Upgrade

If you are having the R-22 system, then it is very much obvious that you must upgrade it. The step towards the upgrade is important because the previous technology is now obsolete and you must not waste any kind of money in that.

This type of AC systems are very much flexible and you can set it up in your home, as well as large buildings. Various experts are also suggesting that if they are unable to change their old AC, then they can use the R-22 cylinder as a refrigerant.

If you ever find any buyers who are eager to buy this old system, then it will be a clever task to sell it at once. In this way, you will get reliability towards your new AC system along with the cost predictability.

The HVAC System: Know Why it is Important in Our Daily Life

Air Conditioners have known to be our saviour during hot summer days. There is nothing more relishing than the cold air of AC when the environmental temperature increases.